Please ensure Javascript is enabled for purposes of website accessibility
0

No items found
Shop now
Product is not available in this quantity.

Some of the Best Mid-Century Modern Hardwood Flooring Styles

As well as their origins in the area of Beverly Hills, the mid-century modern style and Fame Hardwood share many key principles in their philosophy of décor, including clean lines, luxurious functionality, and crisp, understated charm. The floor is an integral part of this spacious and optimistic aesthetic, so here are some of the compelling reasons to accentuate it with gorgeous MCM hardwood flooring.

As well as their origins in the area of Beverly Hills, the mid-century modern style and Fame Hardwood share many key principles in their philosophy of décor, including clean lines, luxurious functionality, and crisp, understated charm. The floor is an integral part of this spacious and optimistic aesthetic, so here are some of the compelling reasons to accentuate it with gorgeous MCM hardwood flooring.

What Is Mid-Century Modern?

Mid-century modern describes a style of architecture and décor often found in homes from the 1930s to 1960s. With its roots in the post-WWI Bauhaus movement, which combined mass production methods with art and craftsmanship, MCM styling developed to embody the practicality, optimism, and freshness of the post-war mindset.

Some of the principles of the mid-century modern aesthetic include:

This approach has seen a renaissance in recent years. Because the look often involves a minimal amount of furniture, the floor forms a key component of the look, so it's important to get this aspect of your design right.

Why Use Hardwood Flooring?

Because of improvements to manufacturing and mass production techniques in the post-war era, the affordability of hardwood floors improved and they became a staple feature in homes of this time. However, they also embodied the philosophy behind the mid-century movement and incorporated some of its key principles.

One focus of the mid-century modern movement was on the importance of functionality and ensuring that all items in the home were valuable and beautiful rather than merely decorative. Quality hardwood floors, with their strength, sturdiness, and low maintenance upkeep, emphasize the ideals behind this vision.

Although MCM décor often incorporated minimal furniture and neutral colors, its focus was on creating inviting spaces that promoted the concepts of family and home. The warm colors of the hardwood make any room look cheerful and comfortable.

One key theme of the MCM movement was the blending of indoor and outdoor spaces and the juxtaposition of man-made materials with natural textures and finishes. Mid-century architecture often includes features designed to make the environment a key feature of the house, with multiple access points to the outdoors, and large windows framing views of the landscape.

Incorporating wood was an obvious way of bringing nature into the house. The grain and coloring complement the neutral shades and smooth lines of MCM designs. Its natural patterns and textures provide a striking contrast to the sharp, straight geometric shapes, and soften the overall effect.

No matter how simple and uncomplicated it may appear, a quality hardwood floor gives an understated sense of comfort and opulence and has undeniable aesthetic appeal.

A well-fitted hardwood floor showcases the precision and attention to detail that characterized the mid-century modern movement. While mass production techniques made the look more widely available, it continued to rely on high-quality materials, meticulous execution, and a flair for design.

As hardwood floors grew in popularity and were used more extensively in creating simple but beautiful interiors, MCM flooring developed some distinctive styling and features.

With a focus on creating a sense of space, mid-century homes often favored lighter hardwoods for flooring, which created a bright and airy environment while also conveying warmth and creating a welcoming space. The natural appearance also reinforced the idea of inviting the outdoors into the home. Using hardwoods such as white or European oak will give a clean, light, and spacious feel to any room while making it feel luxurious and inviting.

If you prefer a darker wood, aim to select warmer tones to lift the neutral palette and create a cozy atmosphere. Teak was a popular MCM choice, as well as rosewood and warm golden oak.

With an emphasis on smooth geometric shapes and the absence of clutter, it's unsurprising that MCM styling often incorporated straight wood grains and smooth textures. While many wood floors have a scratched or distressed texture, this style relies on a glossier and flatter appearance to give a sense of uniformity while retaining the focus on natural finishes and textures.

For a classic recreation, go for subtle and smoothly-flowing grains without too much variation in color. Avoid wood with pronounced knots or a very rough and textured surface. For more inspiration, you could browse our Flawless collection, which gives a burnished, luxury finish to a wide range of quality hardwoods.

Another feature of MCM décor is the juxtaposition of straight lines, right angles, and synthetic man-made materials with natural shapes and textures. Mid-century architects often "invited the outdoors in" and styled houses to reflect the environment that surrounded them. Post-war technology and production meant that synthetic materials were more readily available to be used with materials such as wood, leather, and wool.

This use of contrast can be seen in other features of MCM design, such as bursts of color against neutral tones, or period pieces alongside modern furniture. Our GeoMetriX KoLLecTioN puts a new spin on this theme, with inserts of brass and marble into classic geometric parquet designs.

Parquet flooring is especially effective as a way to draw attention to certain spaces or to add interest and drama to key locations. Although they were originally created in sixteenth-century France, parquet floors became a common feature of post-war homes and showcased both the geometric styling and natural materials that characterized so much of the mid-century modern aesthetic.

As a mosaic of straight-edged wooden blocks fitted together in recurring patterns, parquet flooring also pays homage to the fine craftsmanship and attention to detail that was key to the development of the MCM movement. With mass production in the twentieth century making parquet floors affordable and obtainable, their popularity boomed and certain patterns became particularly evocative of the era.

Herringbone parquet is made up of long rectangular blocks that are laid at right angles to each other in a staggered zig-zag pattern that nonetheless creates a sense of uniformity. It also makes confined spaces seem bigger and darker rooms seem brighter, so it's popular in smaller areas such as corridors and hallways. Our Old Hollywood collection gives you a variety of options for this look, in a range of luxury hardwoods.

Chevron parquet is similar to herringbone, but the edges of the blocks aren't staggered and instead are cut at an angle to meet a true point. This pattern gives a particularly bold and modern look to any room.

This parquet pattern is made up of several uniform "fingers" lined up to form squares, and placed so that the direction of the grain alternates with each square.

Made up of interlocking hexagons, this is a simple but striking pattern. For a more complex tessellation on this theme, take a look at our Kaleidos pattern.

The mid-century modern movement came to encapsulate the sunny confidence of post-war California, and our location in Beverly Hills means that we're perfectly placed to recreate this classic, nostalgic look with our extensive collections of luxury hardwood flooring options. To find out more, visit us at Fame Hardwoods and browse our gallery-orientated showroom without an appointment, or contact us to schedule a personal meeting.

Some of the Best Mid-Century Modern Hardwood Flooring Styles 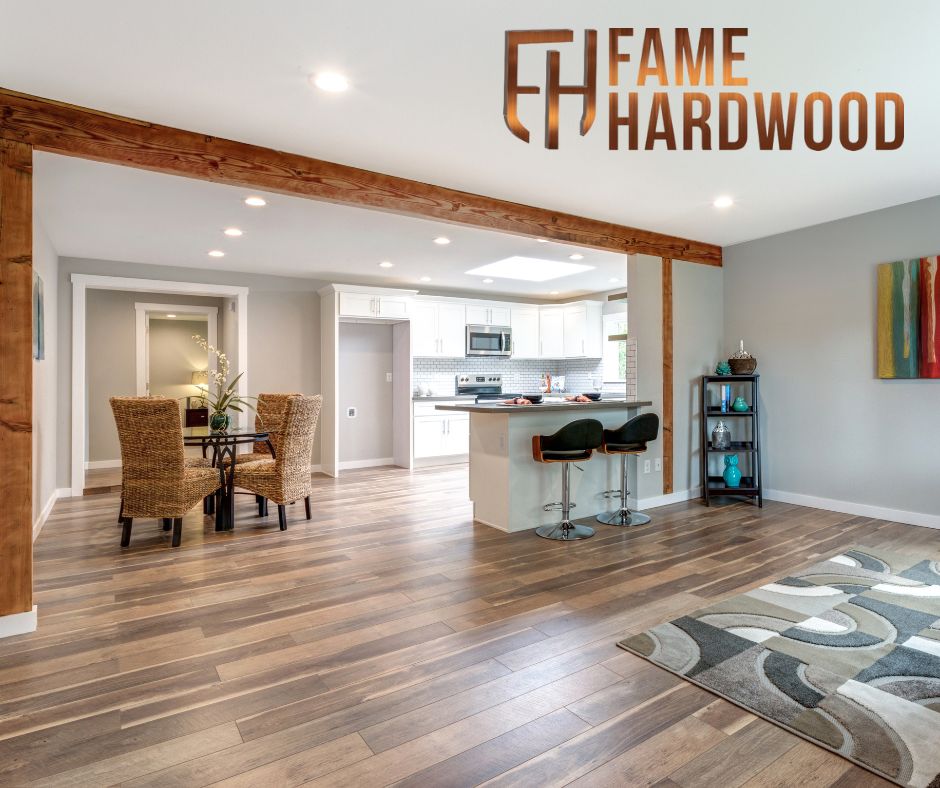 8 Types of Hardwood Floors That Look Great in Modern Houses 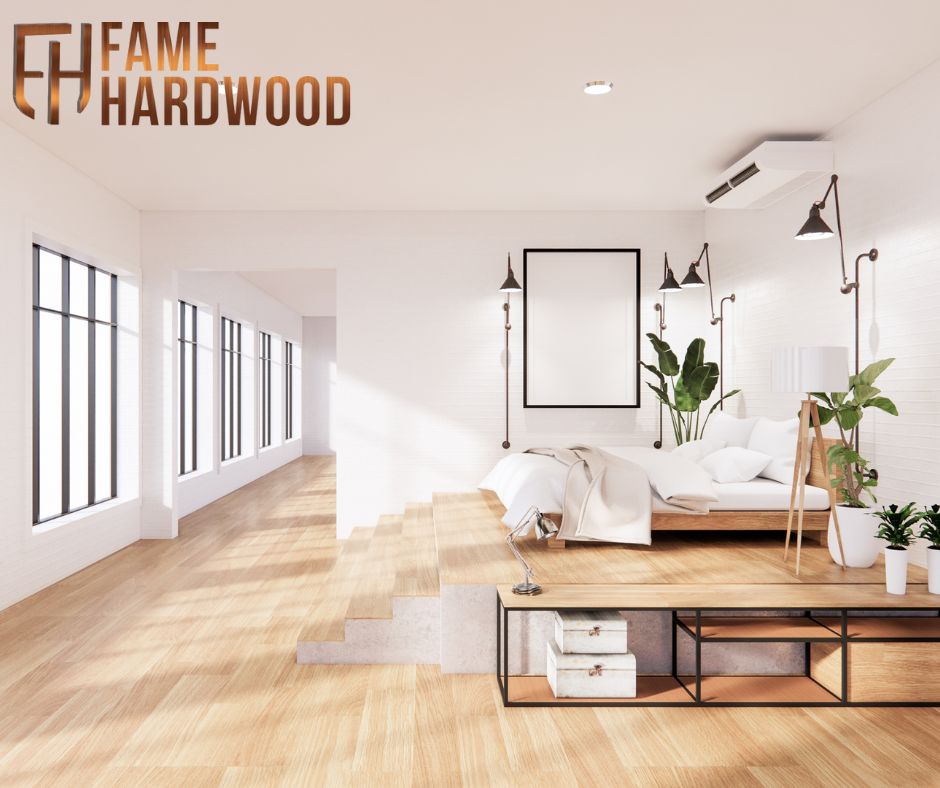 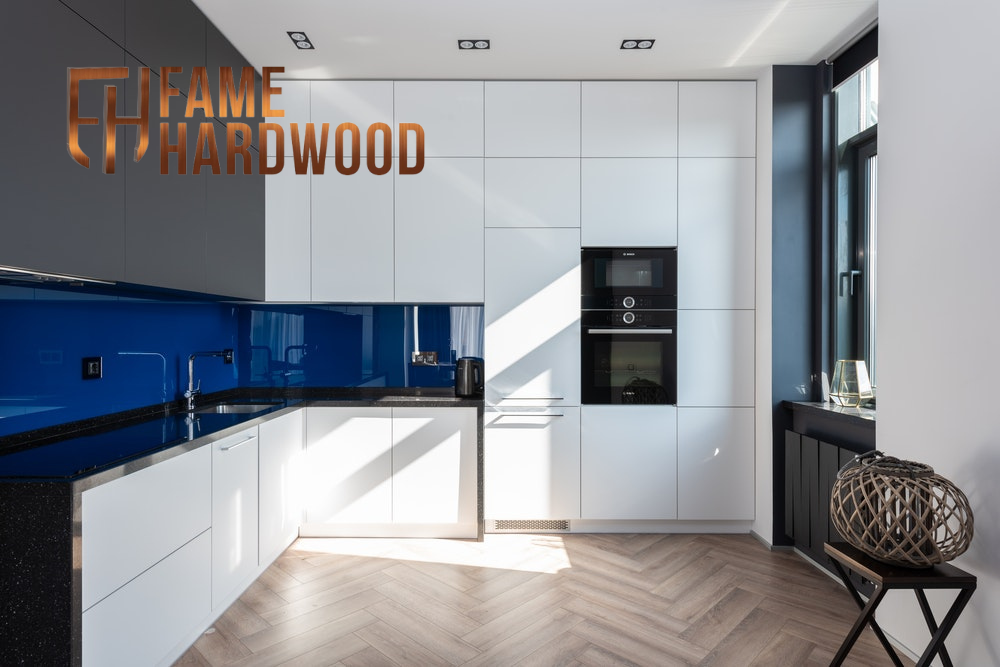 How to Find the Right Hardwood Floor Colors for Your Design 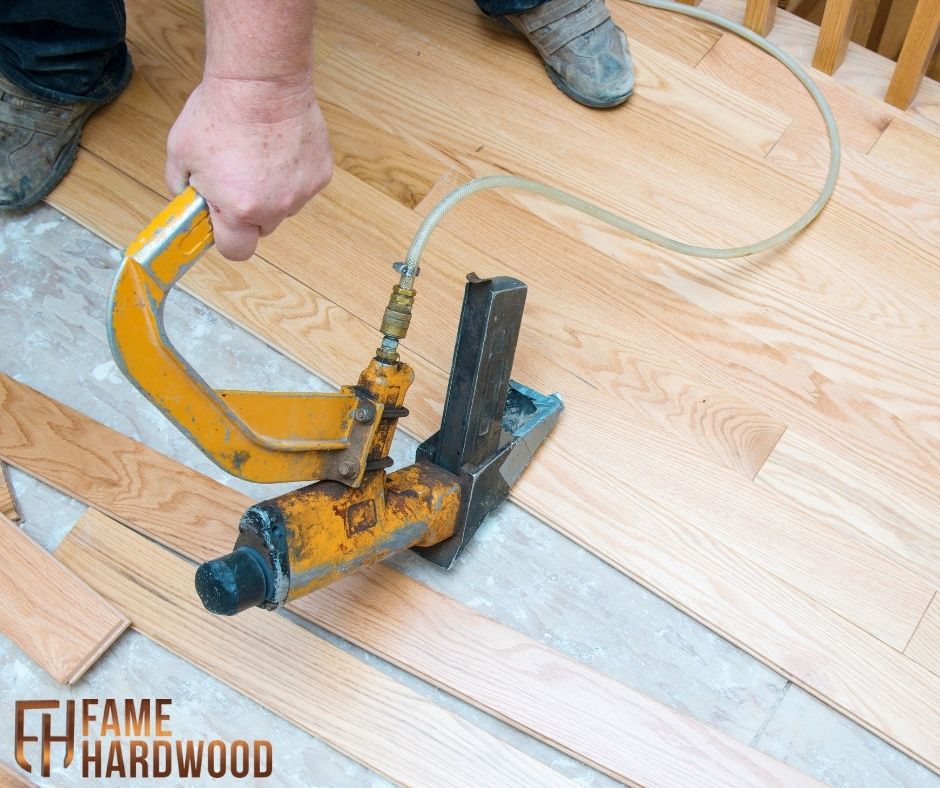